Despite the obvious pun in their name,  corny kegs are, in fact, extremely handy when it comes to storing and dispensing beer. Homebrewers have been using them for years and love them a lot - and you should too. Read on to find out why.

1. What Is a Cornelius Keg?

A Cornelius keg is nothing more than a cylinder used for storing and dispensing various drinks. Originally produced by Cornelius, Inc (hence the name), these kegs were used extensively by the likes of Coca-Cola and Pepsi back in the day until another technology called Bag-in-Box came along, which rendered Corny kegs obsolete for the soft drinks industry.

However, the simplicity, stackability, and robust quality of Corny kegs soon earned them well-deserved recognition among the homebrewers community, where they have become go-to kegs for storing and dispensing homemade beer.

2. What Are Corny Kegs Made Of?

A typical Corny keg is made of stainless steel and can hold a maximum pressure of 60 PSI, which makes it ideal for storing almost any beverages, beer included.

3. How Tall Is a Cornelius Keg?

Cornelius kegs come in several standard varieties depending on their height. The main ones are:

Arguably, the most popular variety is the 24.75-inch keg since it normally fits 5 gallons (~19 liters) of beverage, which for some weird, unexplained, but at the same time quite convenient reason happens to match the amount of a typical homebrew batch.

Owing to their soft-drink industry past, some smaller sizes of Corny kegs are stackable, which makes them highly revered among the homebrewers community - like these stackable 1.5 gal Corny keg and 2.5 gal Corny keg models we have available on our website.

4. How Much Does a Cornelius Keg Hold?

Depending on the size, corny kegs can hold anywhere from 2.378 gallons to 10 gallons, the most common being a  5-gallon variety, which you can get from BeverageCraft along with other popular varieties.

Please refer to the table below for exact volumes and corresponding dimensions.

If you want to know how many beers are in a standard 5-gallon Cornelius keg, the answer is about fifty, which is what made it such a great alternative to other, conventional containers in the first place.

5. Anatomy of a Corny Keg

The great thing about Corny kegs is that they are rather straightforward construction-wise and operation-wise.

Aside from the stainless steel body (shell), which is where the liquid is kept, other main parts of a corny keg are:

6. How to Tap a Cornelius Keg

In terms of dispensing, Corny kegs operate on the same principle as any other type of kegs - the gas pushes the beer out of the keg and then to the draught tower faucet.

To tap a corny keg, you will need to have the following elements in place and connected to each other:

The diagram below shows a typical way you would connect the elements of the system. 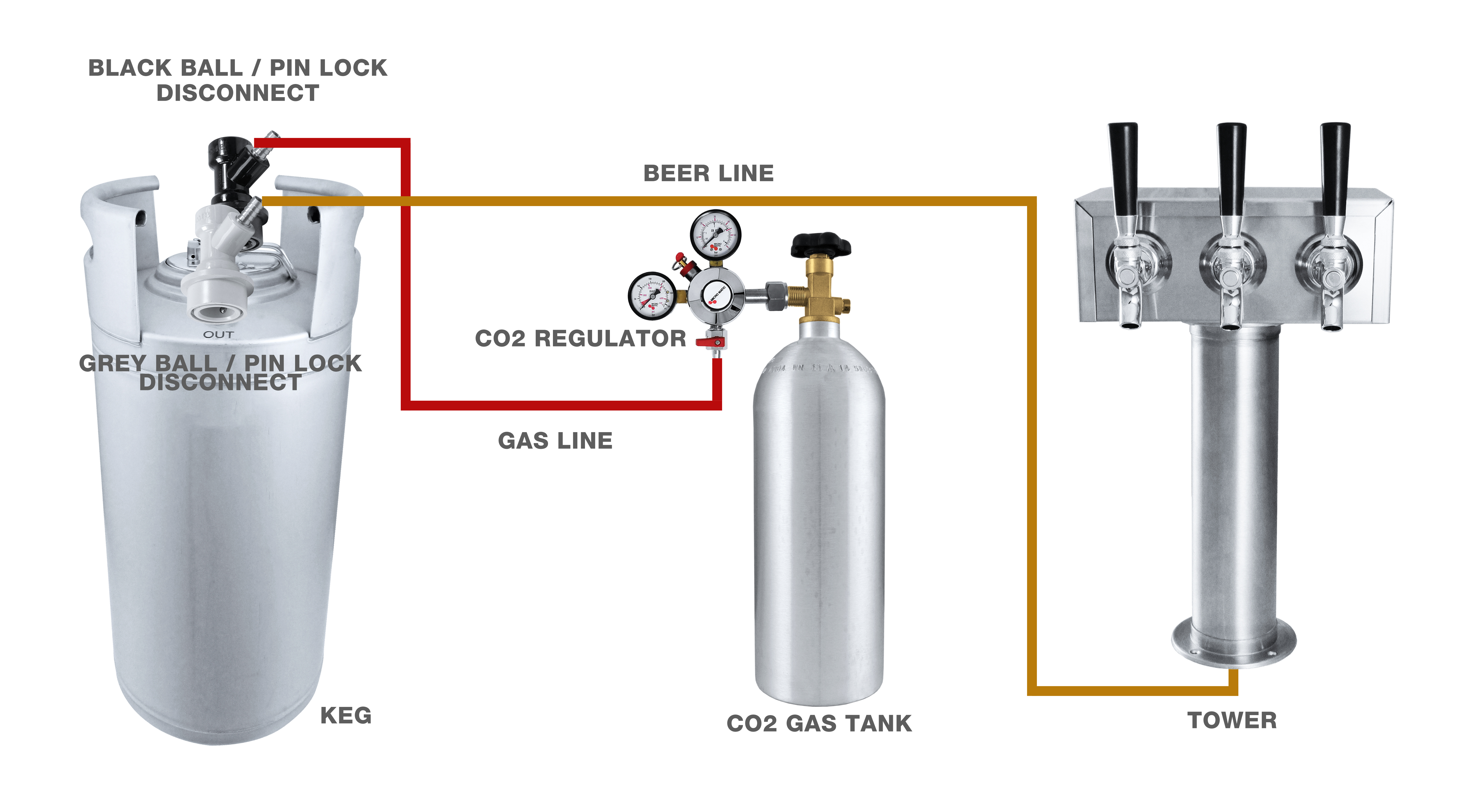 There are two main types of Corny kegs depending on the type of their connecting posts - ball-lock kegs and pin-lock kegs. Historically, ball-lock kegs were used primarily by Pepsi while pin locks were a Coca-Cola thing.

Besides looking differently, these locks also have a different locking mechanism - ball-lock style and pin-lock style.

Please see the picture below for  detailed information on a ball-lock style Corny keg. 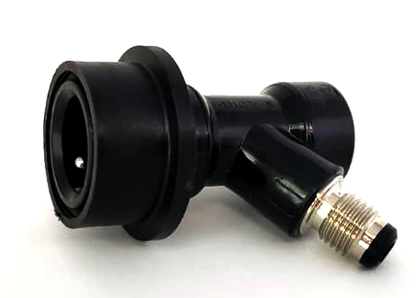 Pin locks feature little pins on the post. Here, you have to push the fitting down and turn it to lock on to those pins.

Please see the picture below for  detailed information on a pin-lock style Corny keg. 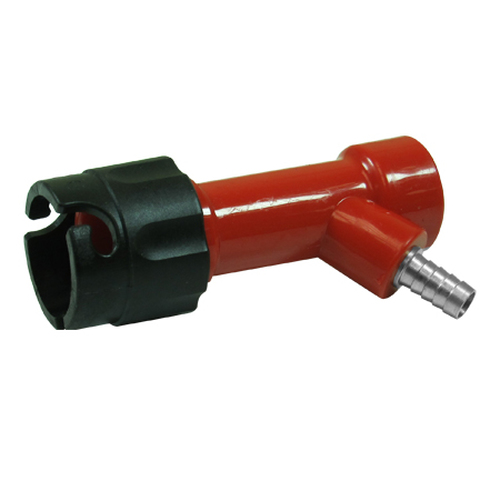 8. Ball-Lock Vs. Pin-Lock Style Kegs - Which Ones Are Better?

There’s no such thing one type is better than the other since that decision is completely arbitrary, depending on the user preferences. However, ball-lock style kegs tend to be a little bit more common.

9. How Long Does Beer Last In a Corny Keg?

In general, well-refrigerated (stored in a keg at 600 F) and properly carbonated beer can last you for about a year while retaining its fresh taste.

However, in most cases, you won’t need to keep it for so long since a typical Corny keg fits 5 gallons, which amounts roughly to fifty 12-oz bottles of beer. With moderate consumption of 1-2 bottles per day, your Corny keg will be empty long before the beer goes flat or stale.

10. How To Carbonate a Cornelius Keg?

After the beer’s been racked into the keg, you need to carbonate it. Use your recipe guidelines to determine the right level of carbonation (typically measured in volumes of CO2).

Cool the keg a bit to ease the carbonation process and then hook up a CO2 cylinder to the keg via a gas-in connect port. Set the proper PSI level on the gas regulator (according to your beer recipe guideline) and let it stay for a few days till the CO2 levels hit the right mark.